My interest is in both collecting and arranging objects. I’ve been accumulating a variety of plastic mass-produced figures, and over this past year I have been creating small, imaginary scenes using these figurines, alluding to possible connections and imagined histories that could potentially exist.

I’ve been investigating how to make images that could realign the viewer’s perceptions of certain cultural figures.  Could Obama and Tintin both be hanging out together at the Mass Games in North Korea? Would Ned Flanders and Einstein go to a Joni Mitchell concert?  I’ve been interested in objects that are part of pop culture, but over time lose their original intent and signification. As images and objects are repetitively reproduced, their meanings evolve and change.  I’m exploring how perspectives surrounding these figures can change depending on your point of view. The arrangement of the scenarios don’t always make sense but it’s important for the viewer that the images can be left up to interpretation.  My arrangements are my way of making sense of the world. 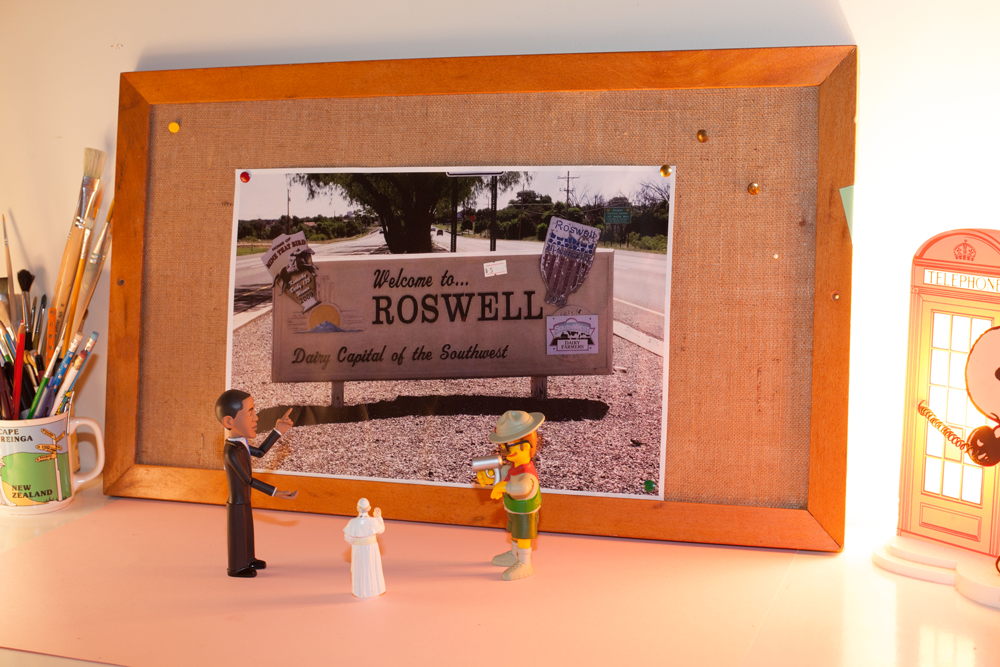