I once flippantly described my practice as “falsehoods and trees”.

We still love the idea of a wilderness, an untouched land to discover. However for the most part, wilderness is dead. What we are left with mostly are facsimiles, recreations to act as wilderness’ or paradoxical trappings of nature. These spaces exist in stark contrast with what wilderness is supposed to mean; untouched by humans.

Botanic Gardens are are based from Victorian Pleasure gardens and scientific ‘discovery’ during the height of colonisation, where botanic samples was displaced from their origins. What drew me first to botanic gardens were the the greenhouses or Winter Gardens and the bizarre, uncanny staged world within. Botanic gardens act as a source primeval _green_ we crave in a cityscape.

Color is a pivotal part of my painting practice, using hyper saturated palettes to both overwhelm and immerse, making the familiar alien, turning earth into acid, reflecting the quixotic nature of the space depicted. 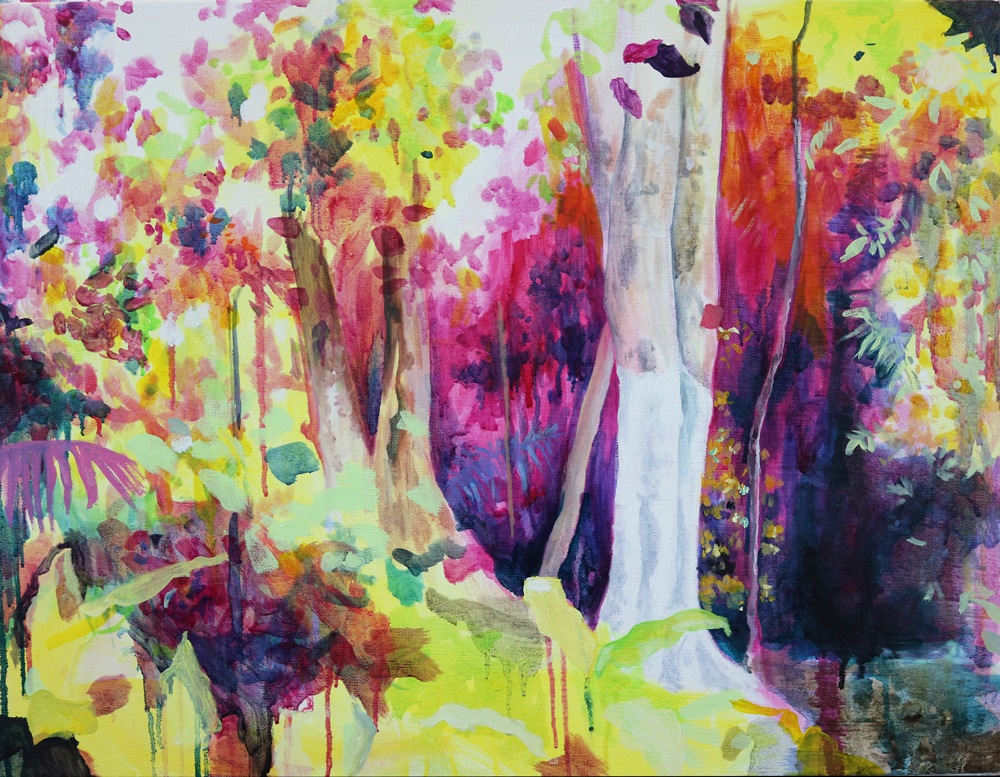 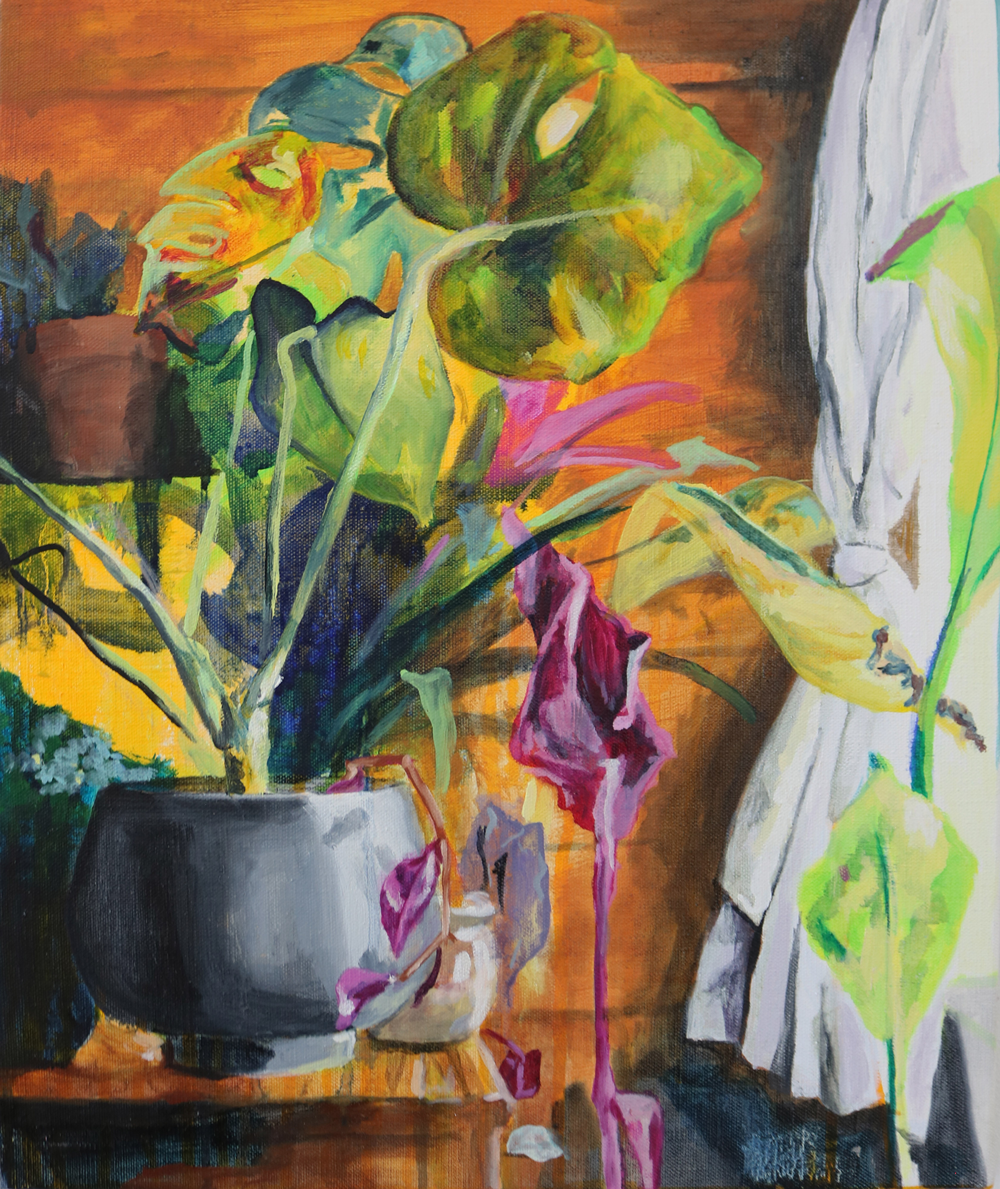 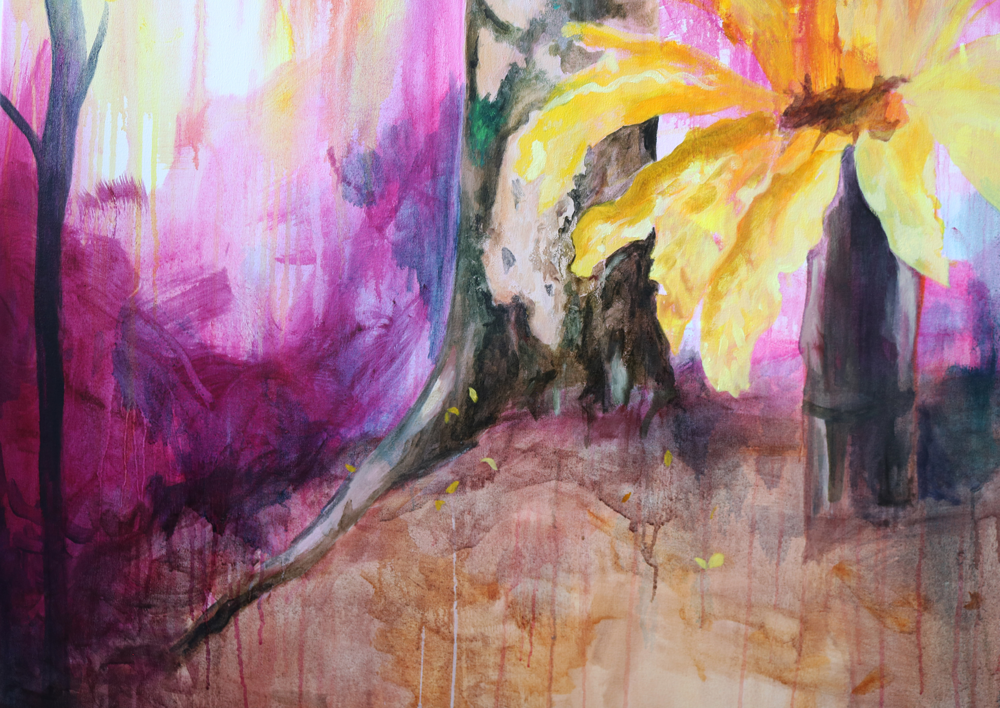