The paintings I am exhibiting stem from a collection of photographs I compiled during a series of walks I undertook while alone in the city. These outings were aimed at bettering the understanding of my own existence beyond the death of a relative and the isolation I felt from moving nations, with nowhere truly “home”. I sought to adjust myself within these new parameters while investigating the process of changes in my life.

I have been researching early 20th Century American painters who were influenced by the rapid industrialisation that transformed their surroundings. I have enlisted a similar approach to paint handling and colour palette in an attempt to evoke my interest in the poignant tones of reflection these artists employed. I wanted to convey a similar sense of estrangement from the world, while simultaneously being an active party to its existence. 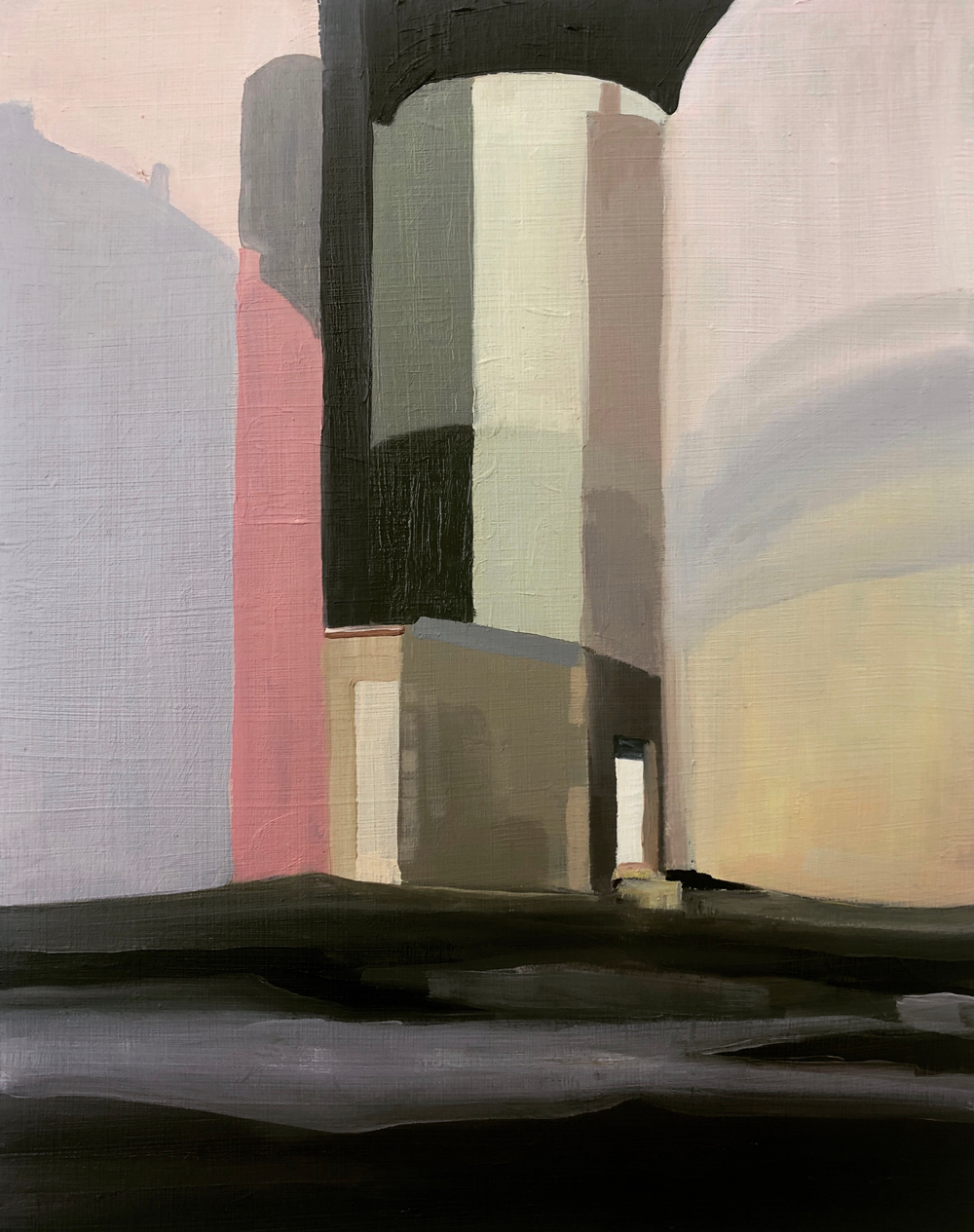