This user-centred project investigates the rural-urban divide in New Zealand, aiming to facilitate a connection between young city and country teens.
The rural identity fostered through media, emphasises stereotypes and clichés, which cannot be taken at face value. An Australian and New Zealand study found 17% of teenagers have never been on farms and 50% have less than three times. This meaning urban youth are growing without connections in rural areas, therefore having no choice but to believe media’s created identities.

‘Cahoot’ is a modern pen pal and scrapbook system designed to connect city and country teenagers. Created as a counter-act, enticing conversation on media’s representations and allowing glimpses into both rural and urban lives. Weekly topics are introduced which prompt teens to discuss misconceptions through alternative modes of information and continue ongoing conversation.

The ideal outcome from this project is teenagers will personally meet and share their lives with each other. 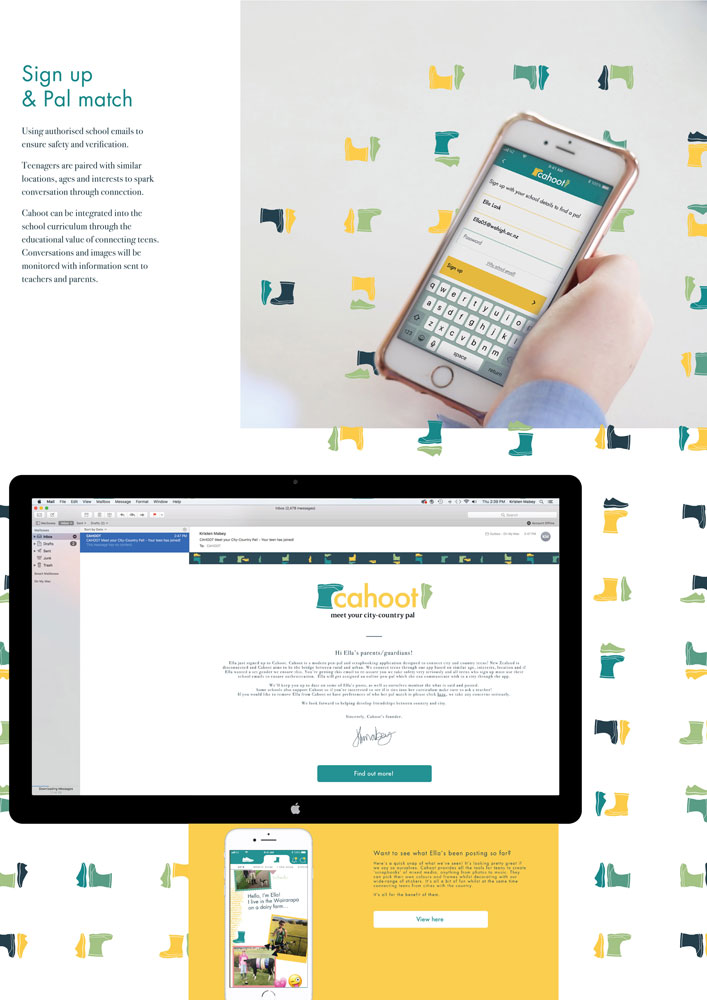 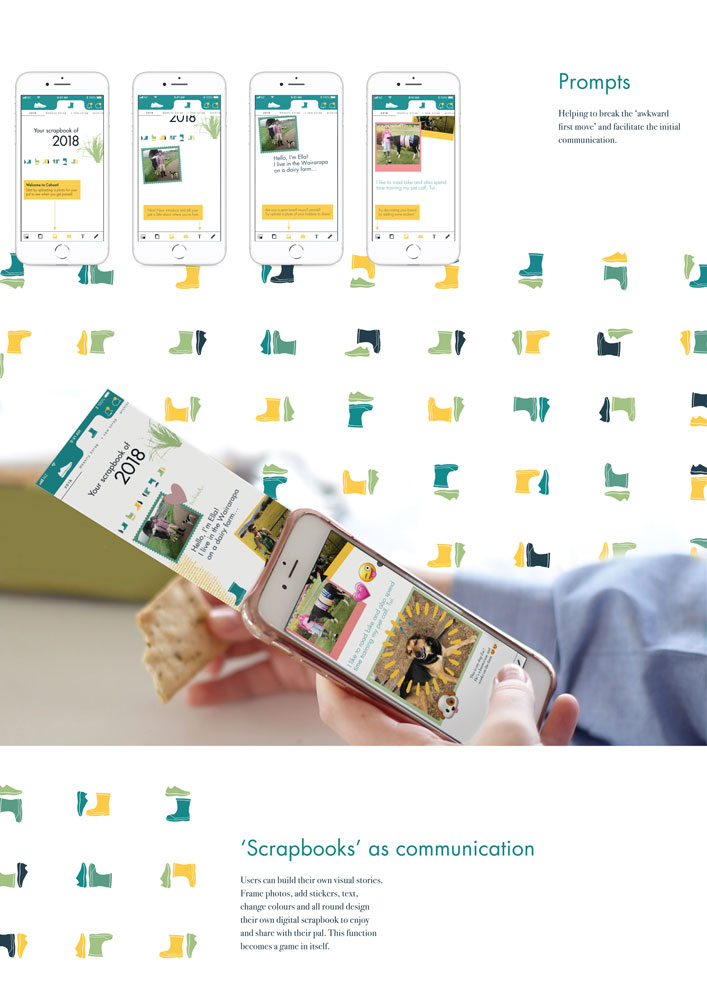 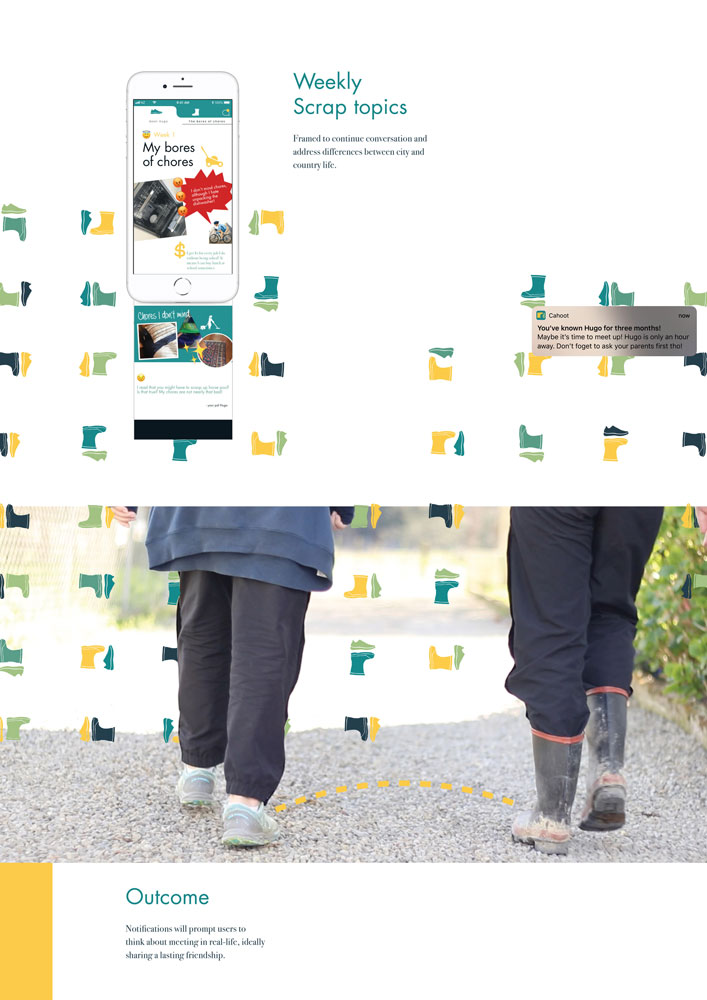