Jump into an exciting 2D pixel-art platformer as Ngeru the cat, explore an alternate dimension where cats rule the world and demo two exciting levels! Things become increasingly fantastical and simultaneously sinister. However, when a mysterious cat by the name of Nil yanks Ngeru through a portal... cats may not necessarily be the kindest of rulers in this fun-packed role playing game.

My role in this project is the lead programmer. I helped program the game to ensure that it's playable. I also contributed in planning each task for each programming member. I was excited to participate in this project because I was really interested in programming a game and I am really into cats at the same time. One of the problems that I ran into was that I was not the best coder as I had little to no experience in making a game, but I was very pleased that there was a lot of tutorials online to help me create the project.

This is the animator controller that I made for Ngeru with the help of a 2nd year student. Ngeru's movements are incorporated with animation and code. 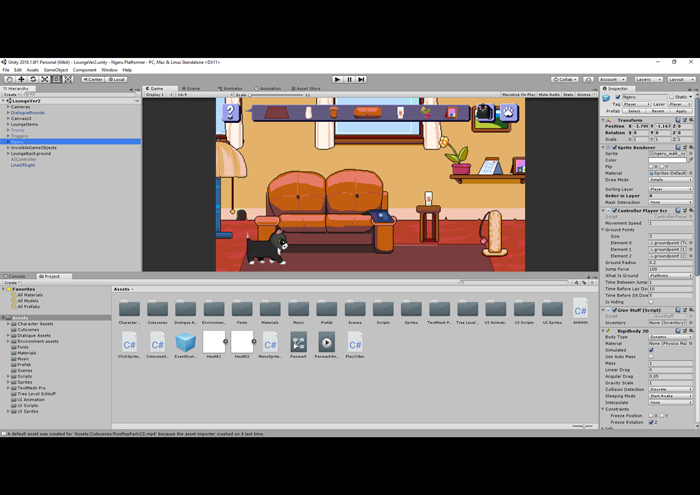 This is a screen grab for the first Lounge level of the game. 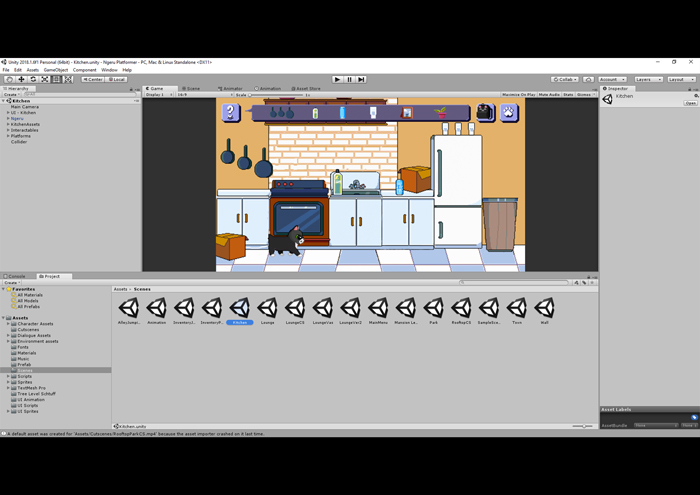 This is a screen grab for the first Kitchen level of the game. 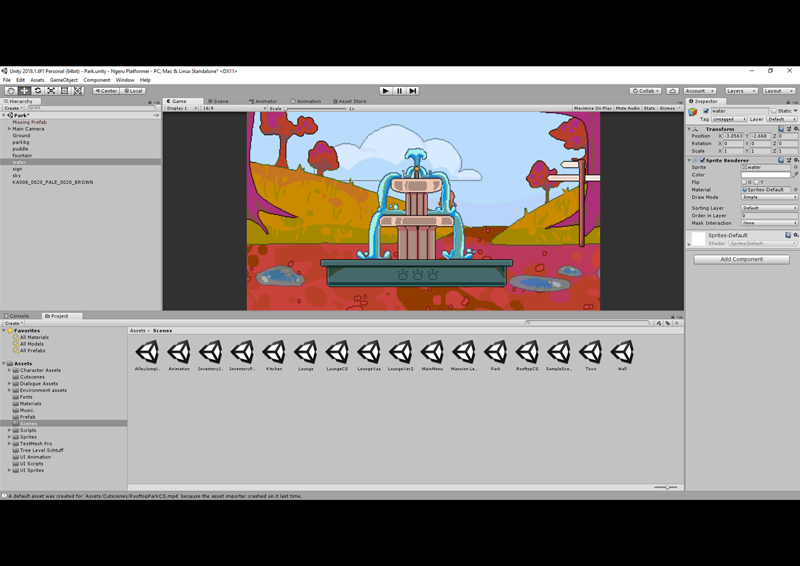 This is a screen grab for the first Park level of the game.